Straight from the archives of juxtapoz.com, here is a an awesome look into the process of Smithe-One’s piece for a Dia De Los Muertos exhibition last month.  Make sure to take a look at the detail shots and witness the fine detail that Smithe lays in with brush and pen.  Also included is another piece that SMithe submitted for the Dia De Los Muertos show where a man is paying a bribe to Death with a note that reads “Un Ano Mas?” -which for those of who don’t speak ES-PAN-YOL mens “One Year More?”.  Finally, there is a concert poster he did for an electro-fest that is shweet. 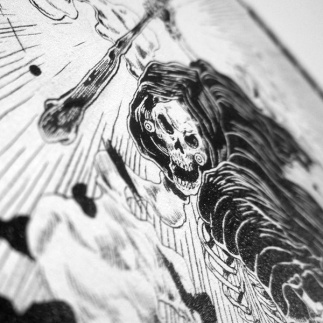 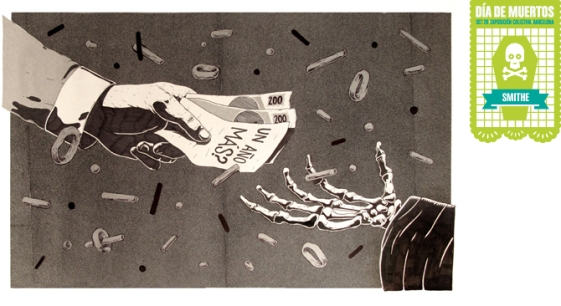 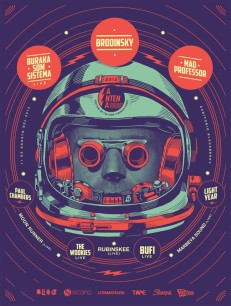