Based out of Minneapolis, Aesthetic Apparatus is a ScreenPrinting powerhouse that have been producing stunning concert posters and graphic designs for well over a decade now.  Beginning to follow their output back in 2002, Aesthetic Apparatus is one of the very first websites that I began to keep track of religiously, an innocent pastime that has morphed into a voracious monster.  Recently they sent out an e-mail about their “Mystery Tubes” sale, in which they include 5 prints/posters of theirs for only $30 – the thing is you don’t know what prints will end up finding their way to you.  Below the gallery of my personal favorites is the short story the wrote to accompany the ‘mystery tubes’ offer  – pretty great work. 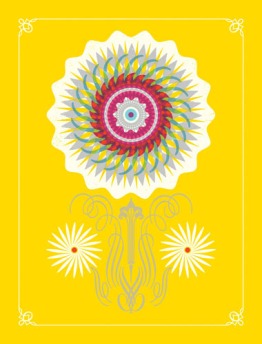 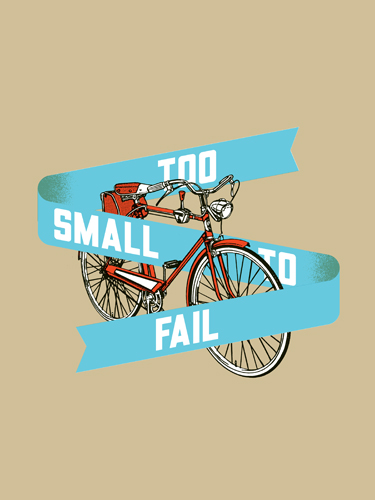 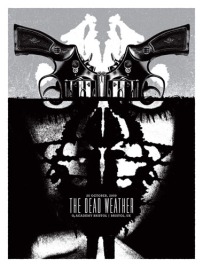 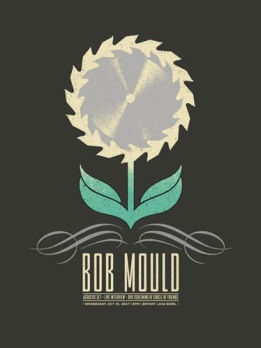 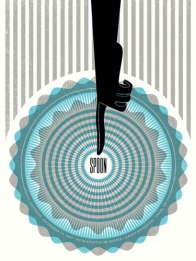 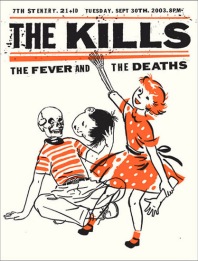 “Misty cold was always Deborah’s most dreaded springtime delivery weather. After 15 years of delivering the mail, she knew all too well that the mist foretold a potential for wet ice, cold hands, and moist mail, all of which she found incompatible with her typically warm demeanor. But this morning, she found herself not preoccupied by a misstep or wet envelopes, but with a long brown tube that overcrowded her blue canvas sack hanging heavy on her shoulder. As the buckles and claps of her bag groaned with every step, was was relieved to notice that this mysterious cardboard vessel would be delivered at one of her first addresses. But as she neared its delivery location, she noticed a man standing outside in only a damp gray cotton robe and maroon slippers. He had obviously been outside for a good deal of time already, his long black hair was a stringy and wet mass clinging to his cold pink cheeks. He was examining his salt-stained house slippers but slowly looked up as Deborah approached the front stairs to the building.
“Is that tube addressed to me?” he asked. His voice was raspy and hollow, like the sound of wet chalk on a cement sidewalk.
“Uhhh, let’s uh…”, Deborah awkwardly pulled the tube out of her bag, “If you’re name is Parkins it is.” She now noticed the return address on the tube, Aesthetic Apparatus. Her first inclination was maybe a prosthetic company of some kind. She glanced at the man’s bare, but still present, arms as he reached for the tube.
“Thank you,” said the man, “I’ve been waiting here on these steps for it for three days now.” He turned to enter the building.
“Whadda you got in there, if you don’t mind me asking?” Deborah found that she often asked invasive questions when she felt uncomfortable. It was a form of psychological self-defense for her. The man stopped, looked down at tube, slowly rolling it in his damp hands.
“I have no idea.”