Compressing 4.5 hours of planes arriving / landing at San Diego International Airport (SAN) into 25 saturated seconds, Cy Kuckenbaker has created a short documentary-style montage that leaves viewers fazed.  When taking into account that SAN doesn’t even make its way into the Top 30 Busiest Airports Internationally (and doesn’t even make the top half of The Top 50 Busiest United States Airports), one has to stretch their imagination to near impossible limits in order to contemplate the amount of air-traffic occurring at the international level on a daily basis.  Some basic intrinsic notion tells me that this type of trend of lifestyle is simply not to last.  I smell a Schumacher post on the way!   Photo credits to Ho Yeol Ryu on the multi exposure / layered photo of planes departing (aeronautic’s more fuel intensive process used in the post thumbnail and below). 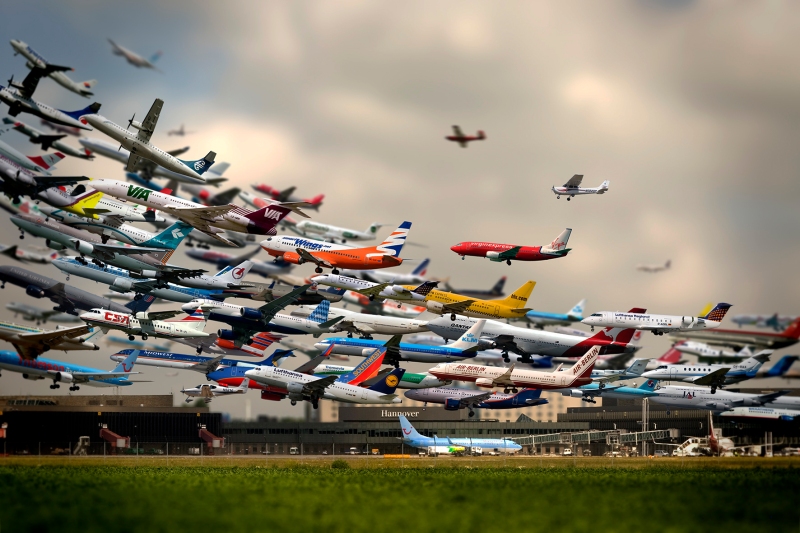