The paintings of John Lupo Avanti are incredible blends of psychedelic surrealism & neo-westernism.  Containing mischievous spirits and transcendentalism, Avanti’s work is highly developed and ominous.  A bit on the folkloric & wicked side of things, many of the the works revolve around the theme of the ‘taming’ / exploitation of the West and Native populations.

Very much in line with John Lupo Avanti’s paintings, the movie Dead Man (starring Johnny Depp, originally debuting back in 1996) shares sentiments on the West’s mistreatment and oppression of native-Americans.  It is a extremely well crafted film, and can be viewed for free (with commercial interruption) on Hulu (click here for a link to the movie).  Also for added bonus (and backing track for viewing the gallery below) you’ll find a song by Neil Young from the originally composed soundtrack for the movie Dead Man. 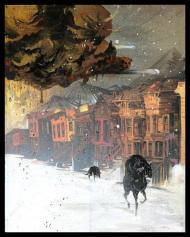 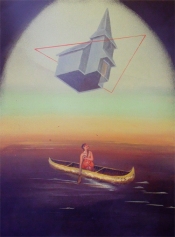 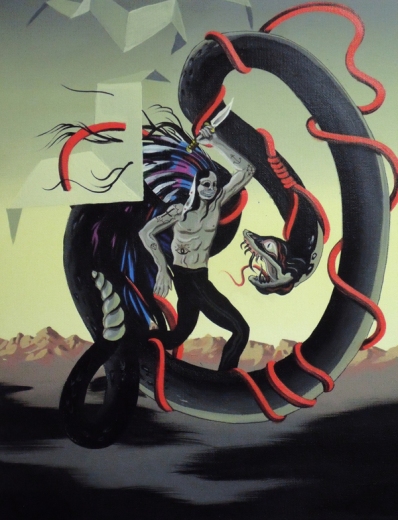